Bishop Charles H. Ellis III is celebrating 21 years as the Senior Pastor of Greater Grace Temple in Detroit, Michigan. He pastors nearly 6,000 and is known as a leader “with a heart for people.” It was in 2002 that Bishop Ellis and ministry celebrated the Grand Opening of their new 36 million dollar worship facility. Their vision had come to pass! This state of the art masterpiece includes a 4,000 seat auditorium, and an elegant banquet hall and conference center. Under Bishop Ellis’ leadership Greater Grace Temple now has over 300 ministries including the following, which extend beyond its religious mandate:

Most of these outreaches are headquartered at the church’s 20-acre complex known as the “City of David.” These ministries positively impact the Detroit community where he is a respected leader. Here are some of his honors and board appointments:

In July 2010, the 1.3 million-member Pentecostal Assemblies of the World (P.A.W.) elected Bishop Ellis to the office of Presiding Bishop, making him the 10th elected person to the highest position in the world’s oldest Apostolic organization. Bishop Ellis also specifically presides over the Diocese of South Carolina in which he personally oversees nearly 45 PAW churches. Bishop Ellis brings the message of God’s love to a potential 50 million viewers across the nation on “The Word Network” and other television and radio outlets.

Under his visionary leadership, Greater Grace Temple in 2007 purchased the 120-acre New Rogell Golf Course in Detroit across from the church, making it at that time the only African-American owned and operated 18-hole golf facility in the state of Michigan. This property is now poised for a multi-million dollar development consisting of recreation, housing, and veterans interests.

Bishop Ellis is a Business Administration graduate of Wayne State University with a major in Accounting. He also holds an honorary doctorate from Aenon Bible College. He is married to the lovely Crisette Michelle and is the proud father of three children: Kiera, Charles IV, and Kirsten (who made her transition in 1994). 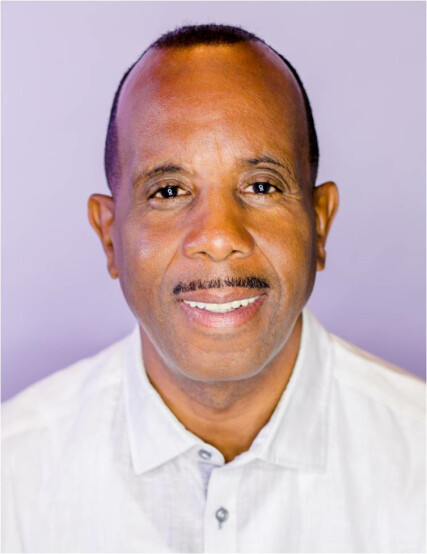 Please click this link to request Bishop Charles Ellis for a speaking engagement.